They say that old writers never die, and I hope that’s true. With her last novel, The Whole Town’s Talking, Flagg announced that she was done. It was her final novel. I was sad to hear it, but grateful to have been able to read every wonderful thing she’s ever written. She has given us so much! And then, imagine my joy when I opened my email to find an invitation from Random House and Net Galley to read and review this sequel to Fried Green Tomatoes at the Whistle Stop Café, which is possibly my favorite novel of all time. Over the moon, friends. And it’s for sale now.

The tricky part of a sequel to such an iconic story is in trying to live up to what’s come before. In this case, I don’t think anyone can. That said, this is nevertheless a delightful book, and I recommend it to you, although you won’t get the full advantage from it without reading the first magnificent book first.

The format mirrors that of the first novel, (and from here forward, I will refer to it by initials: FGTWSC,) with time periods and points of view that come from a variety of settings and individuals. Whistle Stop, Alabama is no more; the freeway passed the town by, and the rest of modern transportation and technology did the same. When we return there, it’s difficult to find; boarded up buildings, tall weeds, trash, and kudzu. In fact, the start of this book is depressing as hell, and for a short, dreadful time, I wondered if the author might be slipping; but no.

The protagonist is ostensibly—from the title—Buddy Threadgoode, son of the late Ruth Jamison. Again, I find myself scratching my head, because Flagg’s protagonists are women, girls, and women. And actually, that’s true here also. Buddy is an old man, and he’s been sent to live a Briarwood, a retirement home for the elite. His daughter Ruthie married the son of the local bourgeoisie, and consequently he’s been mothballed in the nicest possible place; but he hates it, of course. He doesn’t make a scene, but who wants to be warehoused if they can help it?

However, most of the action centers on his daughter Ruthie, and then later, our old friend, Evelyn Couch. (Friends have told me I resemble this character, and I’m good with that comparison.) Evelyn gained confidence in the first novel, much of it courtesy of Ninny Threadgoode, and now she’s done nicely for herself. Husband Ed has gone to that man cave in the sky, but she has recovered from the shock and then some. And it’s roughly halfway into the story that Evelyn enters the story in a big way, and with the groundwork well established, the story takes wing.

As with the original FGTWSC, the key to keeping up with the ever-changing settings and narrators is in the chapter headings. If you skip them, you will be lost. (This fact has been established by trial and error in teaching the book to honor students in literature class.)

Flagg is a feminist, and her work reflects her subtle but unmistakable passion for social justice. Again, with the first half of this book I feared she had lost her edge; once more, I see in the second half that I am mistaken. She was just warming up. Unlike so many of the novels I’ve read recently, this story gets better and better as it progresses. At 45%, it seems like a pleasant, harmless story, and a bit of a disappointment. At 56%, I’m sitting up straighter and noticing things. At 75% I’m laughing out loud. And from there to the finish, I don’t want it to end.

I’ve seen some lukewarm reviews for this book, and it’s understandable, in a sad way, because those reviewers are weighing this book against its predecessor. And no, this one isn’t quite as brilliant as the first, but if I deny the fifth star on that basis, then I need to go back and weed out at least 96% of the other five star reviews I have written, because FGTWSC is a matchless novel. If instead I weigh this story against those others, it stands up proudly.

When push comes to shove, I think all of us need a feel-good story like this one—which it is, despite the sorrowful beginning—all of the time, but now more than ever. Civic engagement is important, but stepping away and restoring oneself is every bit as crucial. Do yourself a favor. Switch off your news feed for a couple hours and snuggle down with this book. You’ll be more effective later for having given yourself time to recharge now.

I was invited to read and review this strange little book by Net Galley and Simon and Schuster, and I thank them. It’s for sale now.

Fonzie is the eternally cool lone-wolf character in the television sitcom “Happy Days,” which was aired during the 1970s and early 1980s, back before the internet and the digital era gave us choices. The show is set in the 1950s, with malt shops, sock hops, and so forth. Richie Cunningham was the main character, an ordinary small town teen who was befriended by the Fonz.  This book morphs forward to the 1980s, which places Richie—er, Richard—in middle age. He’s a Hollywood producer but is called back home by the death of Fonzie.

When I saw this book in my email, I wasn’t sure what to think. How does anyone write this book? Neither Richie nor the Fonz was anything more than a stock character during the series itself. Every problem encountered by any character had to be resolved with humor and warmth within thirty minutes—more like twenty once advertising is figured in. So my first assumption was that this must be some sort of dark satire. But that would be very edgy and risky, and I wasn’t sure Simon would touch something like that. But, it’s an invitation and a quick read, so let’s have a look.

Satire it isn’t. It’s promoted as noir, and it isn’t that either.  I can go sit in the garage. I can say I am a car. I can get my children to all say I am a car. I still won’t be a car, or for that matter a motorcycle. And so I’m telling you right now that this is, in spite of its quirky title and book cover, a cozy mystery, period. It is what it is.

Now, that’s not a bad thing. There are a lot of readers that enjoy a good cozy, and it seems likely that a lot of those readers will fall into the demographic to which this story appeals, namely the Boomer generation, the readers that watched Happy Days when they were young and (hopefully) happy.

So here we are, back in Milwaukee, Wisconsin. Potsie and Ralph Malph distrust Richard because he has become some sort of Hollywood big shot. His career is on the rocks, but they don’t know that; all they know is that he’s come back to the Midwest wearing designer clothes, and when he calls himself “Richard,” they snicker. But ultimately they all work together to unsnarl issues of local corruption as well as the mystery about Fonzie, and Richard realizes he is really still Richie.

So we have corn; we have cheese; and we have cheese corn. But it’s an accessible story that will provide a pleasant level of distraction that doesn’t require a tremendous amount of concentration or analysis. If your gram is undergoing chemo, she can take this into treatment and it will help keep her warm.

I recommend this book to those that primarily read cozy mysteries and are familiar with the series.

We’re continuing the countdown! This is a competitive category this year, and the award goes to a debut author as well: 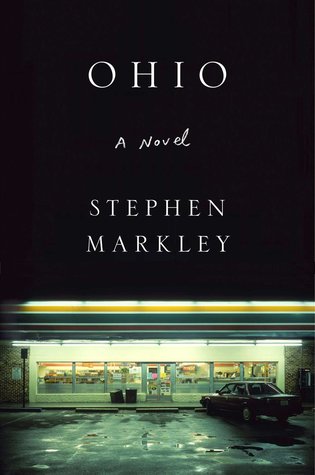