Kate Elder, better known as Big Nose Kate, was a colorful character in the mercurial Wild West. Together with her paramour—possibly her husband—Doc Holliday, she shot, swindled and burned her way through Kansas, New Mexico, Texas and other parts of the American Southwest. My thanks go to Net Galley and Two Dot Publishing for the review copy. This book is for sale now.

Enss is a capable writer, and I enjoy seeing women about whom little has been written brought to the foreground. Enss amassed a fair amount of material on her subject, but some of it was contradictory, and the greatest contradictor of all was Kate herself, who decided to tell her own life story when she was too old to recall everything properly. Enss tells the reader in the title and introduction that she is telling Kate’s story from the subject’s point of view, and she adds numerous footnotes explaining  conflicting information throughout the narrative.

I read things I had never known before about this time and place, and general historical knowledge is where Enss shines best. For example, a ‘soiled dove’ was allowed to own real estate, whereas married women of the time were not. There were a number of financial advantages to owning a house of ill repute. Kate grew up in a middle class household and was not without choices, but she didn’t care to be married off in the way her family had proposed. In the end she was both a shrewd businesswoman and an adrenaline junkie, one that made a point of having at least one loaded gun handy when a situation called for it. I enjoyed reading about it.

Unfortunately there is a lot of conflicting information and the gaps in the story are numerous. Anytime I start seeing the words “might,” “must have, “ “likely” and so forth, I pull back from the narrative. I can’t get lost in a story when I have to mentally filter the things that are known to have happened from the things nobody knows for sure.  I think Enss has done as good a job as could be done with the documentation available, but Kate is a hard nut to crack.

What I would love to see is historical fiction written with Kate as the protagonist, viewed through the eyes of a feminist writer such as Enss. With historical fiction one can freely fill in the gaps, provide dialogue, and make notes at the end of the story letting the reader know what she has invented or changed.

Those with a special interest may want to read this biography, but I see it largely as a niche read. 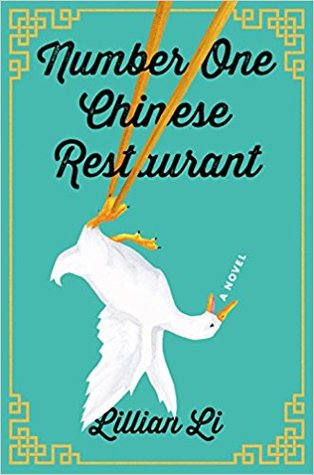 Lillian Li’s debut novel , a tale of intra-family rivalry, intrigue, and torn loyalties is a barn burner; it captured my attention at the beginning, made me laugh out loud in the first chapter, and it never flagged. Many thanks go to Net Galley and Henry Holt Company, from whom I received a review copy in exchange for this honest review.  Don’t let yourself miss this one. This book will be available to the public Tuesday, June 19, 2018.

The book opens with bitter scheming on the part of Jimmy, one of two brothers that fall heir to the family restaurant after their father passes away.  Jimmy has waited for the old man to die so that he could run the restaurant his own way. The Duck House serves greasy, cheap Chinese food, and he is sure he can do better. He craves elegance, a superior menu with superior ingredients. He wants renown, and he doesn’t want his brother Johnny to have one thing to do with it.

Johnny’s in China. Johnny runs the business end of the restaurant, and he takes care of the front of the house. He’ll come back to Maryland in a heartbeat, though, when the Duck House burns down.

Li does a masterful job of introducing a large cast of characters and developing several of them; although at the outset the story appears to be primarily about the brothers, the camera pans out and we meet a host of others involved in one way or another with the restaurant. There are the Honduran workers that are referred to by the Chinese restaurant owners and their children as ‘the amigos’, and we see the way they are dismissed by those higher up, even when it is they that pull Jimmy from a burning building. There’s a bittersweet love triangle involving Nan and Ah-Jack, who work in the restaurant, and Michelle, Ah-Jack’s estranged wife, but it’s handled deftly and with such swift pacing and sterling character development that it never becomes a soap opera. Meanwhile Nan’s unhappy teenage son, Pat, pulls at her loyalties, and she is torn between him and Ah-Jack in a way that has to look familiar to almost every mother that sees it in one way or another. But the most fascinating character by far, hidden in the recesses of her home, is the sons’ widowed mother, Feng Fui, who serves as a powerful reminder not to underestimate senior citizens.

Li is one of the most exciting, entertaining new voices in fiction since the Y2K, and I can’t wait to see what she writes next. Gan bei! 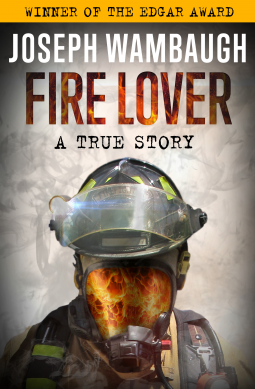 John Orr was a fire fighter that wanted to become a cop. The psychological test weeded him out; his personality wasn’t stable enough for a guy that carries a gun for a living, and they turned him down. Over the years, however, he became not only a fire chief, but a highly respected arson investigator, and took tremendous pride in the fact that he was part of the law enforcement community. However, occasional snubs from that group made him livid, and he dealt with his rage in the most horrific manner imaginable: he became the most prolific arsonist in California history. Joseph Wambaugh captures this true crime story in electrifying detail. I received my copy from Open Road Media and Net Galley in exchange for an honest review, but you can get your copy Tuesday, October 18, 2016 when it is digitally released.

It starts with the Ole Hardware Store fire. Ole is a family owned business, but it is large in scale, the size of a big box store, and four people die there. Wambaugh provides personal, poignant details of those that perish, and I appreciate this. The white Volkswagen is particularly moving.

Orr doesn’t see it as poignant or tragic, however; he is enraged at the cops and insurance investigators for calling it an accident, and in order to achieve recognition for his twisted projects, he sets more fires. More. And still more. And as the fires increase, the budget, which had been going to be cut, isn’t cut after all, and Orr has all the work he can handle and more, because he is investigating his own crimes. Time and time again, he is seen at the sites of fires doing uncharacteristic things, or before an alarm has yet been sounded, but no one is ready to suggest that he is the party responsible until it is screamingly obvious.

The author is tremendously skilled at shifting the mood from the somber, to the ironic, to the occasional moment that is genuinely comical, without ever missing a beat, setting an inappropriate tone, or dropping his documentation, which is meticulous and must have taken a lot of years to compile. I usually am not fond of true crime stories because I know I may not like the ending; the author can’t choose how it comes out if his story is true. But this one drew me like a moth, and I had to get a closer look.

Wambaugh chronicles Orr’s life as well as the arsons, investigations, and then the trials that follow, and he does it brilliantly. He received an Edgar Award for Best Fact Crime, and it was an honor he earned. 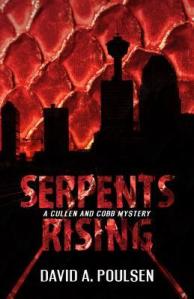 What fun to get in on the first mystery novel of a planned series! Poulsen is an experienced writer, and he knows how to set the hook to reel readers in. I was immediately engaged as I read the initial chapters.

Thank you, Net Galley and Dundurn Press, for the advance peek!

I’d classify this as a cozy mystery, and it’s the first such book I’ve read that was written by a man. I enjoy a limited number of this sub-genre. I dislike seeing everyday people (housewives, caterers, hoteliers) “outsmart” the professionals, and I avoid like the plague any cozy mystery with (*shudder!*) recipes! For those, I use a cookbook. And Poulsen doesn’t do either of those annoying things listed above; so far so good.

His reason for wanting to get to the bottom of his wife’s death by arson is a strong one, not all that new, (the cops suspected him for a long time, and he misses his wife), but old devices like these can still work if the writer is skillful enough to make them seem new. In the beginning, it worked for me.

Equally if not even more engaging is the help he provides his friend Cobb, a private detective being paid to search for a missing teenager with a history of drug abuse. The characters of Jay and Zoe were almost tangible. I used to teach kids of this age, and Poulsen made them so believable that I felt as if I knew them.

That said, the first half of the book is better than the second half. Some of the details in the resolution strained credibility, and the second half also saw a couple of seen-it-many-times plot devices that didn’t look new; they made me groan and mutter, “Oh come on, not that again!”

But you’ll note there are four stars there. It’s a good book, despite the occasional momentary mutter on my part. When the second Cullen and Cobb mystery comes out, it will be on my to-read list.

I was pleased that the author did not add a sickening amount of gore, or add elements that would leave me with a leaden gut for the next two days. Some authors feel that in order to gain the attention of an increasingly easily distracted audience, they have to dig up every horrible possibility and traumatize us. Not so here (or in anything I would label “cozy”). If your “ick” factor keeps you away from Stephen King, you can read this one.

For a fun, relatively quick read to curl up with over the weekend or take to the beach, get a copy of this book. If you are a mystery fan, I think you’ll like it!