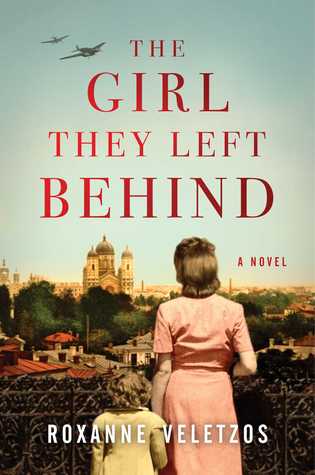 I was ready for something that was a little different, and then an online friend recommended this historical fiction for review. Thanks go to Net Galley and Atria Books for the DRC. It’s for sale today.

The story stems from the Bucharest Pogrom of 1941, in which hundreds of thousands of Jews were killed. And to show you how much I knew about this particular event before I read this book—my ignorance was so painful—I called to my spouse and said, “Honey?  Isn’t Bucharest in Hungary?”

Ahem. So this corner of my historical education was severely in need of help, and this was a good start for me.  If I were to rate this story solely on its merit as a novel,  I’d call it 3.5 because of some unevenness in the quality of writing, but the educational aspect of it is undeniable, and it makes a big difference.

The story centers on Natalia, a child that is abandoned during the pogrom when her parents flee from what they believe may be their death; they expect to be caught and killed. She is much loved, but her father persuades her mother that the only way the girl will make it out alive is if they leave her in the lobby of their apartment building with a note. She is adopted by a very wealthy couple that lavishes her with every possible comfort, until the regime falls and Romania comes inside of the Soviet orbit. After the coup, the conspicuously wealthy become government targets, and their assets—down to literally the clothes on their backs in some cases—are nationalized. Over the course of time, Natalia learns of her adoption and the parents to whom she was born.

The story uses the author’s family history as a framework, and notes at the end explain what aspects are autobiographical in nature, and which have been altered for the sake of the story.  There are family photos at the back of the book.

The voice is distinctly Eastern European, and that works in the author’s favor because it transports the reader to this time and place all the more effectively than a purely American-sounding voice would do. However, there are occasional lapses where clichés drop in, and it spoils the magic for awhile. The worst, perhaps, is “The walls have ears.”

The first forty percent of the novel is the most engaging, and I love the development of parents Despina and Anton, and little Natalia. The last half of the novel, however, is too busy and at times seems overwrought.

And then we are back to what I said at the outset: there is so much to learn here.  Historical detail is inextricably woven into the story, and our attachment to the characters, particularly at the start, makes the facts themselves more memorable. So when it comes down to it, I do recommend this book to you. If you can find a better work of historical fiction featuring the Bucharest Pogrom, then I may change my mind, but right now I would say Veletzos has cornered that market for those of us that read in the English language.

This book is one of a kind. Don’t miss it.

The American dream has become harder for ordinary people to attain, but Carlson is living proof that it can happen; yet some of us may need to go somewhere else to find it. In his upbeat, congenial memoir, “the pancake guy” chronicles his journey, from the kid of a wretchedly dysfunctional home—and I don’t use the term lightly—to the owner of Breakfast in America, his own restaurant franchise in France. This title was a bright spot in my reading lineup last month, and it can be a bright spot in yours too. Thank you to Sourcebooks and Net Galley for the DRC, which I received free in exchange for an honest review.

Is this a thing that any kid in America could have done? Not so much. Carlson has a rare blend of  intelligence, organization, and social skills; above and beyond all else, he possesses unstoppable determination, clear focus, and a work ethic that never flags for one tiny minute until he discovers he is close to working himself to death. Those lacking talent and determination may never reach the end of the rainbow as this author has done; that much is clear. But oh, what fun to share the ride with him!

Given his family’s expectations for him, or lack thereof, it’s amazing he finished high school, and his acquisition of a college education is more remarkable still. But it is his junior year at a state college in Connecticut that plants the seed that will sprout and grow into a way of life; he is invited to spend his school year in Paris. Once he’s there, the tumblers click, and he knows that he has found his people.

As Carlson’s story unspools, he debunks stereotypes believed by many Americans, and a few of them are ones I believed too until I read this memoir. Carlson delivers setting in a way much more immediate than any number of Google searches can provide, but it’s his insights regarding French culture, law, and society that make his memoir so captivating. The prose is lean and occasionally hilarious. He plucks choice, juicy vignettes from his journey all along the way, and this makes us feel as if we are riding quietly on his shoulder taking it all in as he goes.

If you’ve never been to France and don’t intend to, you can still enjoy this book. If you don’t like pancakes or any aspect of the traditional American breakfast, it doesn’t matter. Carlson is enormously entertaining, and so his story stands on its own merits. I am furthermore delighted to see that the only recipe that is inserted into his narrative is actually a joke. A small collection of actual recipes is inserted at the end, and although I never, ever, ever do this, I intend to try one of them out tonight! But even if you skip the recipe section entirely, you should read this memoir. It’s too much fun to miss. The best news of all is that it’s available for purchase right now.

Get it, and read it! 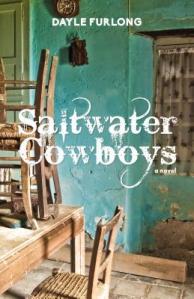 Dayle Furlong’s writing is brilliant. This haunting story, visceral and evocative, is wholly original, but if it reminds me of any one other author, it is Russell Banks. My immense appreciation goes to Net Galley and Dundurn Group publishing house for the ARC. The first couple of pages wobbled and I waited to see whether the writing would settle in and be a good read, or whether the writer would struggle. By page three I was no longer watching the writing, because I was hooked on the story, and I needed to know what would happen next.

Jack McCarthy is a miner, and he’s just been laid off. Newfoundland has been home to his family for generations, but there’s just no work there. The place was already depressed before the layoffs, with high numbers of unemployed workers. Now he is just one more of them. What is he going to do? Angela is at home with their three little girls, and good heavens, she’s pregnant again. The pressure is on!

Leave it to his best buddy, Pete, to find the answer. Pete has found a mine that is hiring in Foxville. True, it’s clear across Canada, closer to the Pacific than to the Atlantic, and way far north. It’s near the Athabascan River. But they’ll take Jack, and they’ll have their friends nearby. It seems to be the obvious solution.

My quick Google search helped me find Foxville. Imagine driving all that way to look for work! When the McCarthys arrive, they find that the local workers consider them hicks. A migration has steadily occurred as unemployed miners from Newfoundland make the exodus in search of steady jobs. Their mannerisms are mimicked, and their women are sneered at. It’s humiliating.

If you were looking for something to pick your spirits up, this isn’t your book. It’s a dark story, but it’s one that speaks to the time in which we live. So many are jobless, displaced, and for those of us that are hanging on, sometimes the loss of one single paycheck is all that stands between us and disaster.

Furlong understands the working class. She knows the pride that takes hold of its families. A plastic bowl from a discount store is worth infinitely more than a beautiful old porcelain one from Goodwill or some other charity store, because it is new, and because it doesn’t smell of taking charity from others.

The longing to climb that social ladder, to actually buy an entire house and hold your head high, reaches out from Furlong’s text, reaches into your lungs and sucks out some of the space there. I became so invested in this fictional family that at one point I had to put it down and go read something else in order to gain distance.

Regardless, the setting and characters are so palpable–I underlined several quotes, but then decided you should find them for yourself, because they are made even better by context–I sometimes flipped the pages back in order to re-read passages.

When I wasn’t at my reader, I thought about the McCarthy family. I argued with them. I was the unseen third adult in their vehicle when they were out driving around. Most of all, I wanted to advise Jack. But damn damn and double damn, I could not get through to him. And I had to remind myself to calm the hell down, because…

Furlong has the talent to break your heart and feed it to you with a spoon. If you loved The Prince of Tides, if you cried through The Thornbirds, you have to get this book. It comes out early in 2015, and I will run it a second time on my blog when it does.

Jack and Angela are waiting for you, too.