“They were standing inside the door when I came out of the bathroom. Two of them. Matching gray suits, milling around like the owned the joint. Something about carrying a gun in one pocket and the power of the state in the other changes the way a person relates to the universe. For as long as I could remember, that particular sense of privilege has always pissed me off.” 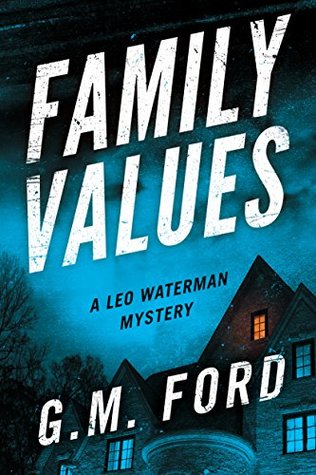 Leo Waterman is a solid citizen now, no longer the scruffy Seattle PI that he was when our series began. But now that he has a lovely home and a good woman—well, sometimes anyway—he also has more to defend, and is less fettered by economic constraints. Those that have loved this series from the get-go should go go go to their nearest book seller or favorite website and get get get this book. New readers can jump right in, but likely as not, you’ll want to go back and get the rest of the series once you’ve seen this one. Lucky me, I read it free thanks to Net Galley and Thomas and Mercer, but it’s worth the full jacket price. It is for sale now.

Leo returns from vacation to find Rebecca Duvall, the love of his life, on the bathroom floor with a needle in her arm. Her reputation has been damaged by a suggestion of corruption, but Leo knows this is no suicide attempt. Her job as medical examiner is on the line now, and so Leo enlists the help of his boisterous investigative squad to untangle the mystery of who wants Rebecca not only fired, but dead. Ford tells the story with the gut-busting edgy humor for which he is known. He takes a playful jab or two at gender fluidity; at times this part feels a little excessive, but that’s not where the story lingers. There are a million twists and turns as our impulsive PI goes where everyone tells him he should not:

“’ I went out to see Patricia Harrington today.’

There are some arrhythmia-worthy attack scenes, and the plot wholly original and free of formulaic gimmicks. The streets and alleys of Seattle and the hinterlands beyond are all rendered immediate and palpable.

Ultimately the heart of the tale is revealed by Leo’s regard for Seattle’s homeless men and women, some of whom were once friends of his late father. It is them he turns to for extra eyes in a difficult situation:

They were great for stakeouts, as long as it was somewhere downtown. They could hang around all day and nobody paid them any mind because society has trained itself not to see the poor and the destitute. That way, we don’t have to think about how the richest society on earth allows so many of its citizens to live in the streets like stray dogs.

The snappy banter between Waterman and Seattle cops is always delightful.  It’s even better once we add a pair of fake UPS guys, some thugs known as the Delaney brothers, local ruling scions, and poor Rebecca as the straight character representing all that is sane and normal: “Oh Jesus…what now? Locusts?”  The narrative is fresh, funny, and entirely original, avoiding all of the formulaic foolishness that makes old lady schoolteachers like this reviewer peevish.

The ending will make you want to sing.

Altogether, this novel is an unmissable treat.