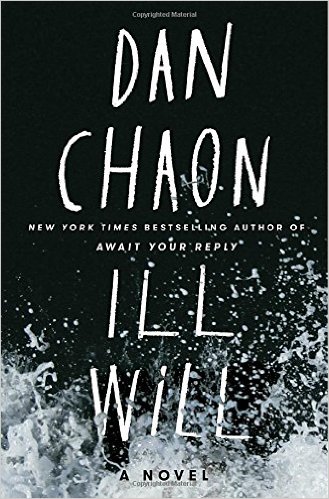 The good news is that if you’re looking for something dark, then Chaon is your author. I received a copy free and in advance in exchange for an honest review; thank you Net Galley and Random House Ballantine. This book was released today and is available to the public.

The plot centers around a psychologist, recently widowed, who’s coming unstuck. One of his sons has developed an ugly drug habit right under his distracted father’s nose, but his dad just keeps giving him money and doesn’t ask questions. At the same time, the psychologist’s brother, who was sentenced to two life terms for the murders of their parents, aunt, and uncle, is exonerated when DNA analysis is done.  Simultaneously a patient of Dan’s comes to him with questions about a series of drowning of drunken college boys that he says he believes are linked. At first, Dan assumes these are paranoid ramblings, but over the course of time, the patient begins to assume greater and still greater importance in Dan’s life, until the reader begins to wonder which of the characters is the psychologist and which is the patient.

The quality of the prose is surreal and at times, dreamlike.

Every reader has a threshold for the level of violence he or she can sustain before a book ceases to be deliciously creepy and instead becomes a thing we wish we never read. I knew when I hit the term “snuff film” before the twenty percent mark that I might be in trouble, but it was a passing reference and since I had an obligation to the author and publisher, I brushed it off and kept reading.  I read multiple books at a time, usually half a dozen or so, and I found that this book was the one that I just didn’t want to read. With the publication date upon me, I forced myself through to the end, and have been slightly queasy ever since.

I didn’t have any fun here; it was just too disturbing.

I want to be fair, and so I read carefully in order to see whether there are any clever literary nuances that might improve my rating, and the second star is included here because of some interesting and innovative stylistic tools that are employed. I liked the triple narrative that appears to be taking place simultaneously, and am interested in the business employed with sentence endings that begins with the father and ends with someone else.

The story’s ending is both unpleasant and disappointing, in that it doesn’t present any sort of epiphany or surprise. My reaction to the end of this whole unfortunate thing is, “Oh.”

None of this means that you won’t like this story. There’s a lot of buzz right now about the now discredited belief in Satanic rituals that were in the news during the 1980s, and if this is in your wheelhouse, maybe you’ll like the book. If your tastes run way out on the edge of horror, you might find it more appealing than I do. On the other hand, it won’t make the ending any less anticlimactic.

Recommended to those interested in extreme horror stories and with a bottomless wallet, or that can read it free or cheaply.