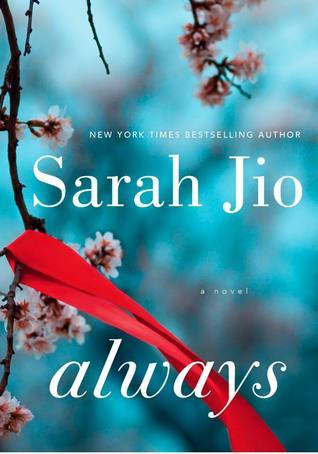 Always, Sarah Jio’s much anticipated new release, takes on the homelessness epidemic using the powerful medium of fiction. I received my copy in advance in exchange for an honest review; thank you Net Galley and Random House Ballantine for the DRC. This title is available to the public today, and if you have enjoyed Jio’s other novels, I am confident you’ll like this one too.

Kailey Crane is a journalist living in Seattle during the 1990s, and she has the whole package: a great job, a wonderful city, and a wealthy, handsome fiancée. It’s the life other little girls dreamed of but didn’t get.  Then one night as she and Ryan are leaving a restaurant, she literally bumps into a long lost love. Cade McAllister is the man Kailey had been going to marry until he disappeared. He practically vaporized. Stunned and humiliated, she picked herself up and rebuilt her life, and now here he is, a half-crazed homeless man living downtown on the streets.

What the heck happened?

Kailey wants to marry Ryan, but she also wants to help Cade find housing, medical care, and food. Ryan makes it easier by agreeing that she should do the right thing. Quickly she learns that it isn’t as simple as it seems. There’s a whole safety net in place for people like Cade, except that it doesn’t work. In fact, without her own ready access to Ryan’s money, she can do virtually nothing for Cade. But it’s all right, because Ryan is on the side of the angels; he sees that this cause is a just one, and he’s a generous guy. He’s in love, and he’s feeling expansive.

The problems begin when Kailey starts missing key wedding events because she’s off helping Cade, or trying to. She becomes so involved with one thing and another that before she knows it, she’s over an hour late. There are out of town relatives that are present, but where’s the bride? And before we know it, she’s telling lies, and sometimes they don’t even seem necessary. I want to reach through the pages of the book, yank Kailey into the kitchen and talk to her.

What  are you doing, girl?

Fissures in her relationship with Ryan turn into fractures as he senses the level of her obsession, and he doesn’t see things as she does anymore. His material interest is involved, since a project his development corporation is about to undertake conflicts with an already established homeless shelter in Pioneer Square, a historic part of Seattle’s downtown. He questions why so many resources are required for the homeless; aren’t these mostly drug addicts and crazy people? There ought to be a simple way to dispatch the problem.

A strong story overall is somewhat tarnished by what feels like a glib ending. I recall a favorite episode of the Muppets when Miss Piggy is working a jigsaw puzzle, and she hates to be wrong, so she slams a piece into a hole where it doesn’t belong and howls, “I’ll make it fit!” The ending of this story brought the episode back to me, because Jio seems to be doing more or less the same thing.

Recommended to fans of this successful romance writer.