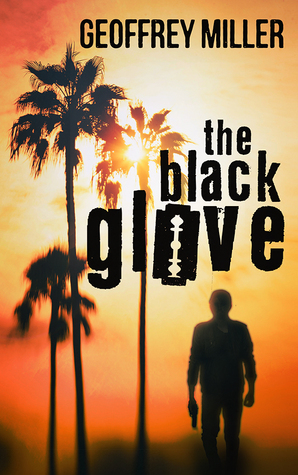 The place is Hollywood, California; the time is 1980. Terry Traven is a private detective specializing in finding the runaway children of the wealthy. He is offered a job that appears to be more of the same; a local mogul’s son has disappeared, and Dad wants him found. But then the disappearance turns out to be a kidnapping, and the kidnapping turns out to be a murder, at which point all hell breaks loose. This story is fast-paced and though it’s set a generation or two ago, the issues with police brutality—otherwise known as “the black glove”—make it more socially relevant than your average piece of crime fiction. There are other components that will sit well with those with an eye for social justice, too. Thank you Brash Books Priority Reviewer’s Circle for the DRC, which I received in exchange for a fair and honest review. This book is available for sale right now.

The beginning of the book doesn’t appear to be auspicious. A guy walks into Traven’s office and presents him with a dossier that tells him all about himself, at least in the words of intelligence sources. The dossier is too lengthy–we see every word, pages and pages of italicized material– and is clearly a fast, easy way for the author to introduce us to the character. I was prepared to be let down.

Once we get past that sloppy introduction, however, the story is complex and fast paced enough to remind me of James Lee Burke’s detective series. Toss in some quirky names, like Senator Suspenders and a punk rock band called The Dead Cherries, and add a whole lot of action. And yet somehow we find ourselves discussing issues of race, gender, and gay rights without slowing the pace at all. I almost always take off at least a star for the use of the “n” word, but the way it is used here isn’t just some cheap stunt to show us that a bad guy is really rotten or ignorant; instead, the characters manage to embark on an abbreviated discussion of race and white privilege without ever becoming preachy or distracting from the main thread.  Some of it is very indirect, and it took me awhile to get a handle on it. In other places, it’s crystal clear, as when the visiting room at the jail is “gas chamber green…a cruelly subtle reminder to the inmate of his loss of freedom.”

The story’s subscript demonstrates how women and people of color are sometimes so overwhelmed by the racism and sexism that is inherent in US culture—and even more so when this novel was written than now—that we find ourselves internalizing that hatred. Likewise gay men, lesbians, and bisexuals; those from the Boomer generation will recall just how difficult this time period was for anyone that wasn’t straight.  And given that Miller wrote this during that time, I consider this story to be courageously written, a gutsy story by a writer unafraid to take a hard look at a controversial topic.

In fact, Brash Books hasn’t introduced a detective this brainy and complex, yet entertaining since they brought out Barbara Neely’s Blanche White series. What a tremendous find! I wish there was a whole series with this detective.

Meanwhile chances are excellent that you haven’t read this book yet, and if you lean left and enjoy a good detective novel, this is one you should scoop up right away.  It’s strong fiction with a progressive thread running through it. Don’t miss out.