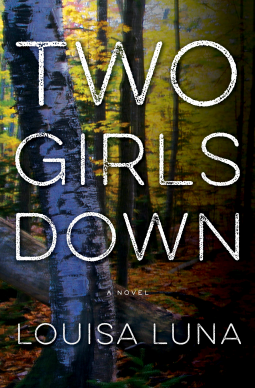 This is a quick read and a fun one. I received my copy free and early in exchange for this honest review courtesy of Net Galley and Doubleday. It becomes available to the public tomorrow, January 9, 2018.

A frazzled mother in a small Pennsylvania town pops into a big-box store one afternoon, leaving her two elementary-aged girls in the car. They’re old enough not to wander off with some weirdo, and she’s just going to be a minute. When she comes back, they’re gone.

Our protagonists in equal measure are Cap, a former cop who’s left the force in disgrace, and Vega, an out-of-state PI brought in by the girls’ relatives. Vega seeks Cap out after the local cop shop refuses to work with her; sparks fly.

If you take the story apart and look at its elements, it is all old material and should be stale. We have the missing children; a single grieving female detective, a vigilante type with little to lose; a slightly-older, single-dad, lonely older male detective, all of which leads to romance, because heaven forbid we should ever have a competent female private eye without a sizzling chemical frisson to keep readers from feeling threatened by her competence. We have the single dad’s (also-competent) teenage daughter left alone for long periods of time, vulnerable to the forces of evil. And of course our female detective has to be diminutive, a tiny-firecracker type.  Even Vega’s love of firearms isn’t new; consider Kinsey Millhone and Stephanie Plum. And our female detective has to be a very light eater. God forbid she should chow down at dinner time; no, she pushes her food around and away.

The pieces of this thing have been done to death. And yet.

And yet, the whole of the story is so much more than the sum of its parts. A strong writer can take overdone elements and make them gleam, and that’s what Luna has done here.

The thing that makes it work is the element of surprise. When I am looking ahead, I can often see, in a broad sense, where we are going, but when I try to predict how we’ll get there, I see three possibilities, and Luna always comes up with a fourth at the most unexpected of times.  Vega’s “roofless rage” gives her a no-holds-barred, Dirty-Harry-Lite kind of approach; she’s never killed anyone, but if she’s always as off the wall as she is here, it’s a miracle. But the other miracle? The fact that I am wondering what she is like at other times demonstrates how well Luna has developed her characters. Cap is a well of timeworn chivalrous decency, but Vega wants to take the kind of people that would deliberately hurt a child and “put them in the fucking earth.”

Luna uses lots of crackling dialogue and a spare prose style that makes this book accessible to anyone that finished the eighth grade, and possibly some that didn’t. Although there’s no indication that this will become a series, one has to wonder if such a thing might happen.  My own preference would be to see Vega act independently of romantic entanglements, because she has the potential to be a feminist hero, and we need one of those right now.

One way or another, this is a read you won’t want to miss. Highly recommended.