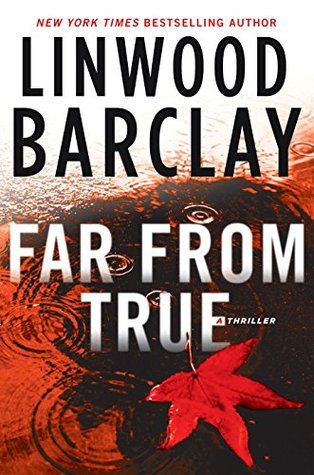 Barclay is an established writer, with a number of best sellers to his credit, but he was new to me. My thanks go to Net Galley and Berkley Publishing Group for providing me with a DRC in exchange for an honest review.

And indeed, it does take a pro to weave such an intricate plot so adroitly. But let’s take it from the top and go from there.

The story is set in Promise Falls, an ironically named town that contains more trouble than you can imagine. The initial crisis takes place at the drive-in movie theater, the last showing before the place closes up and the property is sold. But then the unthinkable happens.

Like most disasters, this one triggers a flurry of other emergencies erupt related to the victims of the theater tragedy. There are greedy relatives, heartsick loved ones, and other events and individuals that are just bizarre. And then there are more bodies, and the number “23” appears over and over again, a grim warning.

Some mystery novels are great for the classroom. This one isn’t. In fact, if I were a school librarian I wouldn’t buy it either. Leave this one for consenting adults.

For us, there is more flexibility. There are some parts that are more sexually explicit than your average detective novel, and readers know whether or not they find this appealing. If you have read Barclay’s other mysteries, perhaps you already have some notion of what is in store. But if, like me, you come to this title without having read the first book in the Promise Falls series, you can dive in as if it were a stand-alone mystery. There is no prior knowledge assumed.

I liked the story in spite of the kinky stuff that reached beyond my own perception of what is tasteful. The suspense was so palpable, and the many subplots so well woven throughout the text that I expected to rate this title five stars. I read several books at a time, and for awhile this was my “dessert” mystery, the book I reached for after I had dispatched my obligation to the publisher for a title I had not enjoyed as much. While there were a couple of situations that confused me sometimes—we have two new couples that are starting a relationship while all this unfolds, and I tended to mix them up, and which kid was whose again?—most of the characters were distinct and developed sufficiently that I knew who they were and what they were like when the story bounced back to their point of view. Frequent changes in setting, character, and point of view heightened the suspense.

Ultimately though, the ending left me feeling cheated, and that is where the final star fell off my rating. To be sure it was a surprise ending, but it felt dissonant and tacked on. I often can’t tell how much I like a good story until I see the ending, and that was surely true here.

Nevertheless, it’s a solid piece of fiction, and worth your time and dime. Unless you have deep, deep pockets, I don’t think I would go full hard jacket price for this one, but if you can obtain it at a discount, digitally, or in paperback, it’s a fun read for a chilly late winter weekend.

This title will be available for purchase March 8.