My thanks go to Net Galley and St. Martin’s Press for the invitation to read and review. The Golden Couple is the third novel I’ve read by Greer Hendricks and Sarah Pekkanen, and it’s the best so far. This book becomes available to the public, in print and in audio, March 8, 2022. Those that enjoy a solid psychological thriller should order it right now.

We have three major characters. The first is Avery, the therapist, and she is the only one to use the first person, so if we have to choose one character as protagonist, she’s the one. The other two are Marissa and Matthew, two halves of the married couple she is counseling. The narrative shifts between them, with the lion’s share going to Avery and Marissa, and less to Matthew.

Before we go farther, I will tell you that when I learn that Avery is a therapist, my initial reaction is the eye roll. Seriously? Another therapist, as in An Anonymous Girl? Can we have a little variety here, maybe. And suspicious type that I am, I think I smell a good writing team becoming hacks, too comfortable with a formula. But oh no no no, that’s not at all what is happening here! This is nowhere near the same story.

The premise is that Marissa wants to come in with Matthew for counseling. She has cheated on him—just once—and she wants to tell him, but she is afraid of his reaction. She treasures her marriage, and the little family they have created with their son, eight year old Bennett. She doesn’t want him to leave her, and he has a bit of a temper. She’s come to ask a pro for help, and has heard fine things about Avery’s work. Avery has a ten-step method that she swears will help every couple, whether it’s to find a way to stay together, or the best way to uncouple. She believes the marriage can be saved.

Now, Avery, our therapist, is an odd duck. She’s lost her license to practice as a psychologist because of some unconventional methods, and we learn this right at the outset, so we’re already on the back foot, watching to see if she does something hinky. She seems like she may be a bit sketchy, and the couple seem almost too good to be true, both ready to do whatever it takes to salvage their relationship and move forward. And yet, clearly, not all is as it seems.

I can’t tell you more than that. You don’t want a lot of information going in. Because this is a work of suspense, you can’t guess who the baddy is by keeping track of the facts as they are revealed; just sit back, and enjoy the ride.

I also received the audio version, and I alternated my reading between it and the review copy on my Kindle. Voice actors Karissa Vacker and Marin Ireland do a fine job; it’s really a toss up as to which version is better, so go with the medium you most enjoy.

I was truly excited to read this book; perhaps too much so. It’s not a bad novel, but not the crowning wonder that I was expecting. My thanks go to Atria Books and Net Galley for the invitation to read and review.

Ev lives in poverty, sorting through trash in hope of finding treasures that she can improve upon and sell. As the story unfolds, we are momentarily off-balance, learning about Ev and the setting primarily through context. We learn early on that Ev has a traumatic past—with the particulars doled out in dribs and drabs to create suspense—and that she has an unusual gift, that of feeling the powerful emotions experienced by the item’s former owner. She wears gloves to prevent herself from becoming overwhelmed, particularly by the negative feelings some objects project.

Harriet is an elderly woman with similar gifts, and she’s in search of an heir. When she and Ev collide over contested objects, she wants to hire Ev. Ev resists at first, but is eventually drawn in after carefully negotiating her terms. An important side character is Ev’s long-lost sister, Noemi, who pops back into Ev’s life unexpectedly. Noemi’s role here is to reveal the past events that have scarred her elder sister, as well as to motivate Ev to be successful and build a better life.

At the outset, I am impressed by the writing, and it looks like the hype is deserved, because I am immediately engaged. But as the story moves forward, it becomes slower, then slooower, then slooooower…and I realize that this is one more fantasy novel in which the one original aspect, the “stains” that reveal the character of an object to people like Ev and Harriet, is just about all the author is going to give us. Everything else, from the revelations about the past, to the relationship between the sisters, to the dynamics between the elder and younger sensitive women, to the problem posed by another gifted but malign person, to uh, everything, is sort of lackluster and tedious. The character development is shallow and barely there. I never become comfortably acquainted with the world in which these women exist. It’s as if the author has trotted out this one device—I’m trying hard not to call it a gimmick—and then figures her job is done.  There isn’t much else that I haven’t seen done much better by other writers. In the end, I tossed it on the DNF pile.

I read this story digitally, but I alternated it with the audio version, and am inclined to recommend the audio version slightly more to those that plan to read it. Initially I don’t like the way that the reader, Emily Woo Zeller, voices Noemi, using a chirpy, almost shrill voice, but after I have listened for a bit over an hour, I become accustomed to it and grow to regard the character with a fondness I don’t find for the other characters. Instead of perceiving her as shrill, I begin to think, “Oh, it’s okay; that’s just the way Noemi is.” Since I don’t fully believe any of the other characters, I have to give Zeller props for her performance.

This book is for sale now; get it free or cheap if you’re interested, but don’t shell out the full jacket price unless your pockets are deep ones.

I listened to the audio version of this quirky, darkly funny mystery, set in Belfast. I only use audio books while I use my exercise bike. I hate exercise like grim death, and so my audio book is my incentive. My rule for myself is that it’s okay to stop cycling early, but if I do, I have to stop the book also. I never quit early while I was listening to this book.

The reader has a lovely Irish accent, and while I don’t know accents well enough to know whether it’s a Belfast accent, it certainly worked for me.

McKinty develops Sean Duffy in a way that is believable and sympathetic, and there are a couple of surprise twists that made me laugh out loud. I wonder whether McKinty made himself laugh while he was writing. It must have been immensely satisfying.

My thanks go to the Goodreads friends that persuaded me to try this book. I seldom dive into an unknown series this far in, but I had no trouble keeping up with it, and will certainly watch for future installments. I read enough mysteries that most of them have a sameness to them. This one doesn’t. 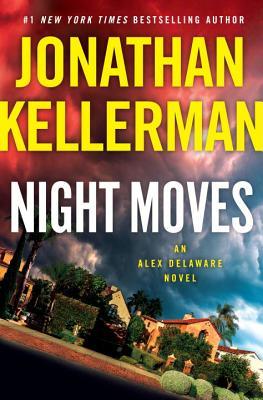 I always enjoy the Alex Delaware series. It takes a fun read to make me look forward to my stationary bike–which is generally not my favorite thing–and this did that. My rule for myself is that I am allowed to stop pedaling early, but if I do, the audio book gets turned off, and sure enough, I have been riding it full tilt to sneak in a few more pages.

The best parts are the dialogue, and of course, the adolescent characters that only Kellerman can craft so effectively. That said, I cringe when Milo tells Alex to wear a Kevlar vest when they go in to make the bust; I have bought the premise of the psychiatrist riding around as if he were Milo’s partner, since it makes for a good story and is so well written, but when the bulletproof vests come out, my eyes roll. Noooo, don’t be silly.

John Rubenstein does a fantastic job of reading, and his voices for the many characters are bang on.