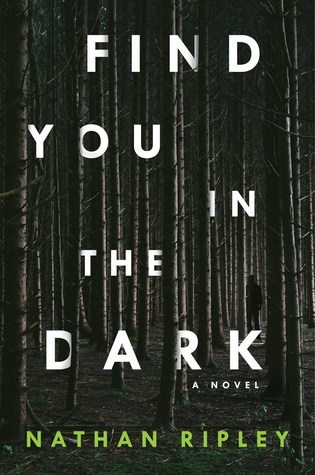 4.5 rounded up. What a way to make a debut!  Ripley’s creepy new thriller will have you locking your windows and looking under the bed at night. Thanks go to Atria Books for the review copy, which I received free of charge. I didn’t ask for it, didn’t expect it, but once I flipped it open and began reading, there was no question that I would finish it. You’ll feel the same.

The story is told in the first person by Martin Reese, a wealthy entrepreneur who took early retirement. He explains to us that he is on the way home from one of his digs, and he has to get back in time to pick up his daughter, Kylie from swim practice. Martin regards himself as a family centered man, and so at first I assume this is true. Is the guy an archaeologist?  Is he a cop? He isn’t either of these. So the digs are…?

Alternately we read a second narrative, told in the third person, about Detective Sandra Whittal.  She’s nobody’s fool, and the anonymous calls she receives that lead her to the graves of women long presumed dead at the hands of serial killer Jason Shurn set off all sorts of bells and whistles. Whittal doesn’t think this caller is the clever public servant he claims to be. She regards him as a murderer in the making, a man building toward a killing spree of his own.

The pacing here is strong, building toward the can’t-stop-now climax, but it’s the tone, the phrasing of Martin’s narrative that is disquieting.  His conversational tone tells us that he genuinely considers himself to be one of the good guys, but there are little cues here and there that that make me lean in, because something is wrong, very wrong here. Martin tells us that his wife and daughter are his whole world, but he spends very little time in their company. He tells us that he is searching for Ellen’s missing sister, a presumed victim of the serial killer whose remains haven’t been found, but a dozen small signals tell us that he’s never going to stop doing this. As the story unfolds, the dread and tension increase without ever letting up.

Contributing to my foreboding is the way Martin talks about and to his wife. Ellen suffers from anxiety and depression related to her sister’s death, but she functions in the real world, holding down a position of responsibility at a credit union. Though Martin tells us that everything he does is for her and Kylie, there are little cracks in the surface that show anger and resentment toward her. He doesn’t treat her as his equal; he is patronizing toward her, treating her and Kylie as if they are one another’s peers. Conversely, he confides an unusual amount to his fourteen-year-old daughter, and is the final arbiter of disagreements between his wife and daughter. I expect this sick dynamic to factor into the story’s denouement, but although his inattentiveness is a factor in some of the surprising results, the bizarre relationship isn’t fully addressed or resolved, and it is here that half of a star comes off.

This story is a page-turner. I read it quickly and if it hadn’t been quite so sinister, I would’ve torn through it in a weekend, but I gave myself an evening curfew where this book is concerned. I didn’t want it in my dreams. I didn’t even want it in my bedroom. As a younger woman, I am sure it wouldn’t have impacted me this way, so it may not disturb you quite as completely as it did me.

If you enjoy a book that conveys the emotional impact of Thomas Harris or Truman Capote, here you go. But plan to sleep with the light on while you’re reading it.