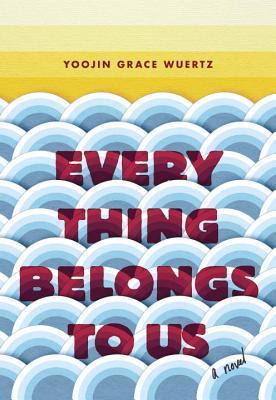 I was invited to read this novel by Random House and Net Galley, and although I read multiple books at a time, this was the one I saved for bedtime, after the lights were out, the hound snoring at the foot of the bed, and everyone else was asleep. This is prime reading time, and this was the story I wanted to follow uninterrupted. You can get a copy for yourself this Tuesday, February 28, 2017.

This story is set in 1978 in Seoul, South Korea, and features the political demonstrations by workers and students against the notoriously repressive Park regime. The main characters are all involved briefly with these protests, either as participants or as witnesses. While the setting is handled competently, the success of this novel is owed to character, character, and character.

We are introduced to three young adults. First is Jisun, a bright young daughter of a ruling scion. Jisun harbors tremendous anger toward her father, and as the story unspools, we find out why, little by little. One hint I’ll offer that doesn’t spoil the ending is that it isn’t about rape or sexual abuse of any kind, and I was glad not to see this overused device employed here. Everything in this story is fresh and original.

Our story comes to us from multiple viewpoints. My favorite character by far is Namin, a striving member of the working class battling to rise through hard work and intellectual talent. An unlikely but wholly believable friendship develops between Jisun, who is trying to grasp what ordinary people experience day to day, and Namin. Namin’s parents labor nearly every waking hour running a food truck, and her sister works in an auto plant so that Namin can attend the university. The choices that are made in order to fuel Namin’s success, and by extension that of her family, are hard ones, and this is just one aspect of the book that would make for excellent discussion in a literature class or book club.

The third main character is Sunam, a young man from a middle class family who finds himself in a love triangle with these two young women. At one point I feared the book would turn melodramatic, but in the author’s capable hands it is deftly maneuvered and is made believable. In fact, while I didn’t always like these characters, by the halfway point I absolutely believed all three of them.

The only weakness here is the way in which the protestors are depicted; they seem addled and the struggle appears to have no political platform whatsoever. Liberal Christian missionaries appear and vanish with no clear role, and although a purpose becomes apparent eventually, I felt they were more of a distraction than a worthwhile component.

The struggle against the Park government was a more worthy one than Wuertz’s narrative suggests. Had this been given firmer contours, this would be a five star read.

For those looking to broaden their literary horizons or just looking for a good story, this novel is recommended.